Al-Muthanna University announced the launch of its Strategic project to develop the scientific research starting next academic year. Professor doctor Hussein Jabir Abdul Hussein, Assistant President for Scientific Affairs said: “according to the recommendations of the Ministry of Higher Education and Scientific Researches, the project aims to activate and build the scientific research in the colleges and centers of the university as well as keep balance between teaching and scientific research and utilize the experiences of the global academic institutions. He added that the project establishes plans that will develop the infrastructure and the laboratories of the colleges and organize training courses for their members as well as stimulating publication in global scientific journals. It is noteworthy that Al-Muthanna university, in the previous years, has launched many of scientific project that resulted remarkable academic successes. 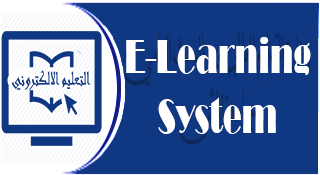 Through a well-thought path and an in-depth plan, Al-Muthanna University launched a project in the disposal of plastic waste as one of the various sustainable development projects, which involve many areas like enlarging green spaces Read more…

With greater pride and appreciation, Al-Muthanna University added a new achievement to the scientific and research journals to increase its academic record that aims to reach the highest ranks of scientific excellence. The scientific efforts Read more…